Where to Visit in Cappadocia?

The Cappadocia region is geographically dispersed formation. Each region has its own cultural, historical and natural beauties. There are generally 4 different daily tour routes. The first of these is the central Cappadocia Tour called Red Tour. When you join the Red tour, you will discover the museums in the center of Cappadocia, natural fairy chimneys and unique views. The second is the Green Tour route. In the Green Tour, Derinkuyu underground city and Ihlara Valley walks are carried out. The third is the Blue Tour route. During the blue tour you will visit 4 villages which is well preserved architectural structures. The fourth is a unique tour route that we have created as an agency and named it Rainbow Tour. This route includes a few village tours that preserve their originality and various Cappadocia valley trips that preserve their mystery that tourists are not visited in general. 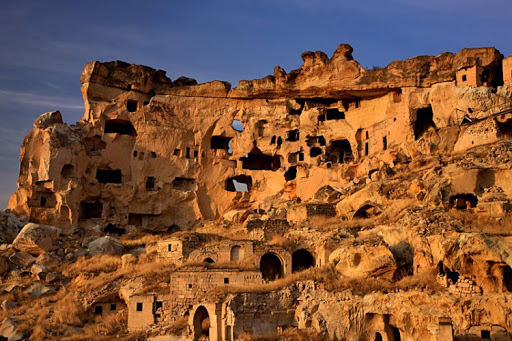 How to Travel in Cappadocia?

There are 2 alternatives to visit Cappadocia one of them is to cappadocia rent a car and create your own route and the other is to buy a tour from a tour operator. Cappadocia trip with public transportation is very scanty. Places to visit are usually between settlements and a bit opposite to the minibus routes, and you will also waste a lot of time.
So we can say that it is more advantageous to buy a tour. When you buy a tour, a minibus with driver and a professional tour guide accompany you, museum entrance tickets and lunch are included in the tour price. When a tour guide accompany during your trip, will provide you with more information about the history and formation of the region. If you are just coming to take pictures, it may make sense to rent a car. But  if you want to learn about the history and formation of Cappadocia and make a better quality trip, we recommend you to buy a tour.

As we mentioned above, Red tour is a central Cappadocia trip. The most important place to be seen on this trip is Göreme Open Air Museum. There are 7 different original churches in the Göreme Open Air Museum. The frescoes of the churches are engraved on the walls of the rock-carved spaces and preserve their original form. You will be very impressed while visiting these churches, which bear the traces of important church priests in the history of Christianity. After open air museum, Uchisar Castle is visited. Uçhisar castle looks like a natural apartment building made of rock. Uchisar Castle will definitely attract your attention with its majesty and interesting structure. Afterwards, you will visit the Pasabaglari. Pasabaglari is one of the places where there are different forms of fairy chimneys in the region. The tour continues with a visit to one of the region's famous pottery workshops in Avanos. Red Tour continues with Devrent Valley. Hundreds of fairy chimney shapes in the Devrent valley improve  the imagination of the visitors. The most obvious one is a camel-like formation turned into stone. After the visit of three beauties in Ürgüp district and wine tasting, the red tour ends. 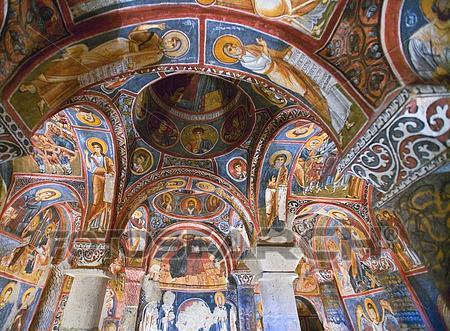 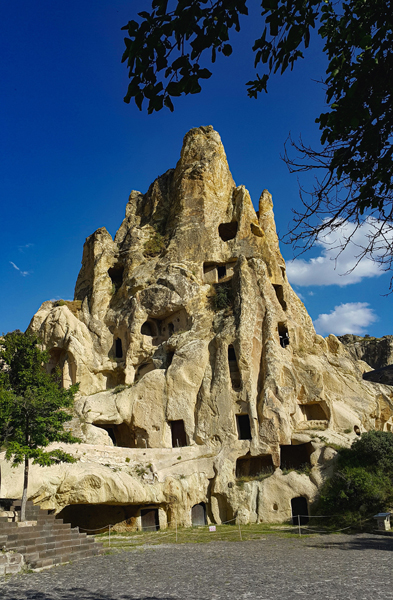 The Green Tour is one of the most famous tour route of region. Almost every tourist attend this tour during the Cappadocia vacation. The first destination of this tour is Derinkuyu Underground city. The city is a temporary living center created by carving rocks under the ground. Nowadays we could visit only 7 floor but it is obscure that how many floor consist in the city. All coution has been taken against to the cold weather, enemy attacks in the city. Besides that there are several storage room for food. Each flor has it is own purpose and you will be fascinating on your each step. After underground city our second destination is Ihlara Valley where is second biggest natural valley of the world. Melendiz river flowing in the valley. Cappadocia Green Tour the distance between Derinkuyu and Ihlara Valley is 60 km. You will have opportunity to walk inside the valley, in the same time you will see the most unique churces of the Cappadocia. This trekking route is the greenest area of the region, hereby you will have refreshment, health and cultural opportunites. Approximately after 4 km walking we will reach to the Belisirma Village. This village has very interesting atmosphere fort he lunch. There are special places on the river where you could sit and eat fresh fish and meat. With this feature this is very unique restaurant on the world. They serve vegetarian foods as well. After lunch we will visit a cathedral. The name of the cathedral is Selime. You will not be able to get enough of taking pictures while visiting this cathedral, which has a unique structure in the ancient world.Our last destination is Agzikarahan Caravansary. This building was built by the Seljuk Emperors in Anatolia for commercial purposes. Caravanserais are multi-purpose structures built for the rest of the caravans, ensuring the safety of commercial routes.
Green tour finish between 05:30-06:00 pm. 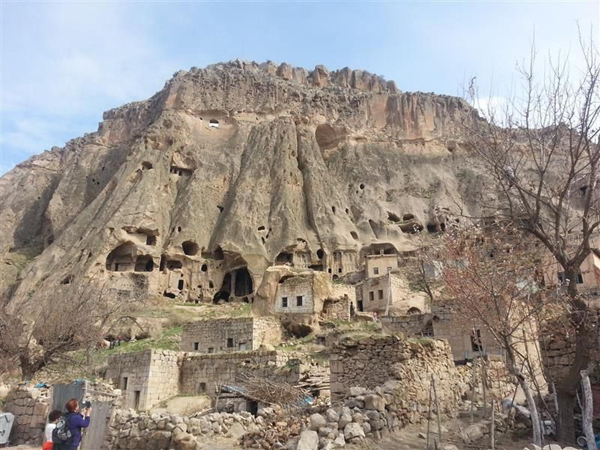 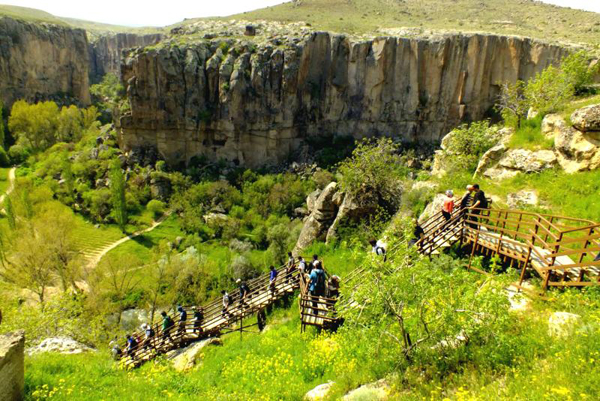 The Green and Red tours consist the highlights of the yet Cappadocia Blue Tour will give an opportunity to see hiden treasures of the region. Especially if you are interest in architecture. There are different villages which has Old Greek Houses and pavilions. The name of the villages are Mustafapasa, Cemil, Taskinpasa and Sahinefendi. The Blue Tour starts with Mustafapasa (Sinassos) Village. Sinassos was used most effectively and reached highest population between 13th and 16th centuries. Wealthy businessmen living in big cities built beautiful mansions in this village for the summer months. Therefore you could see the best historical architecture samples of the region. Besides that this villages has no touristic restoration for hotels, restaurants etc…
The second destination is Keslik Monestry. You will see the Christian School life remains in the valley. Inside the monestry you will see two different churches. One of them is dated Ikonoclasm period. After monestry we will visit the first and only Ancient Roman and Byzantine city with mosaic floor in the Cappadocia.
When we reached to Taskinpasa Village you will observe very impressive Selijuk architecture. In this village, where the great meeting center of the Karakhanids, a branch of the Ottoman Empire after the Byzantine and Roman periods, was discovered, there are very large venues used for different purposes.
The remaining parts of this special tour will be visited by Soganli town and Mazi village. You will have traditional Turkish dishes in Soganli Valley. In this town there several unique churces are waiting for your visit. The last destination is Mazi Köy. In this village you have opportinity to visit the third biggest underground city of the Cappadocia. 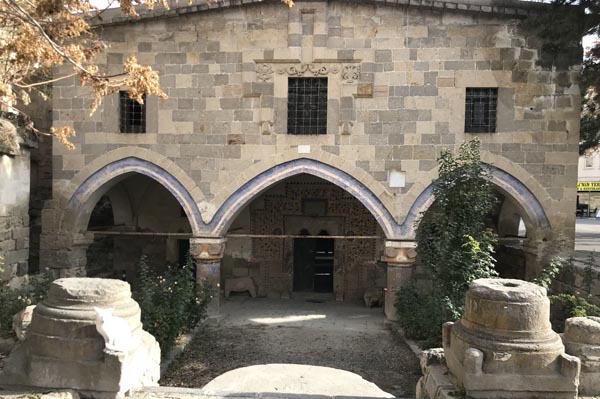 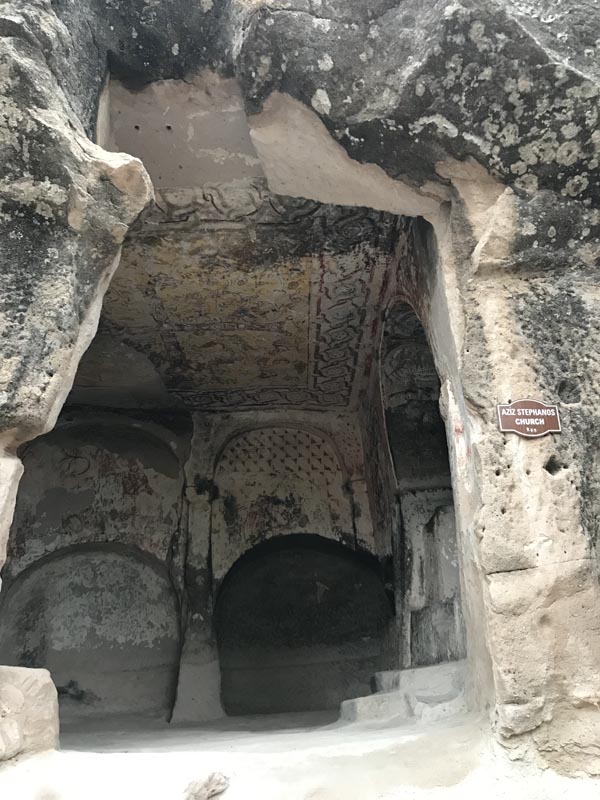 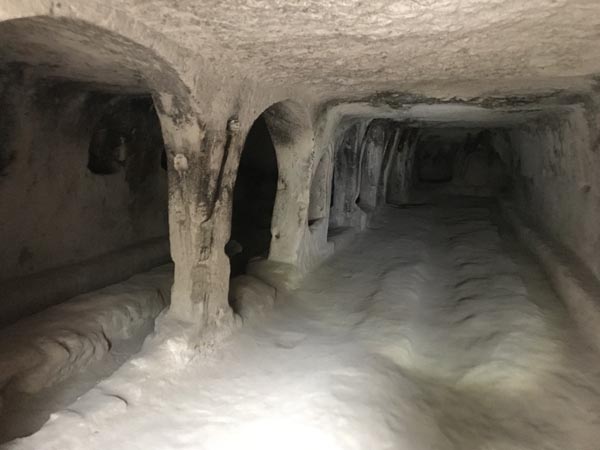 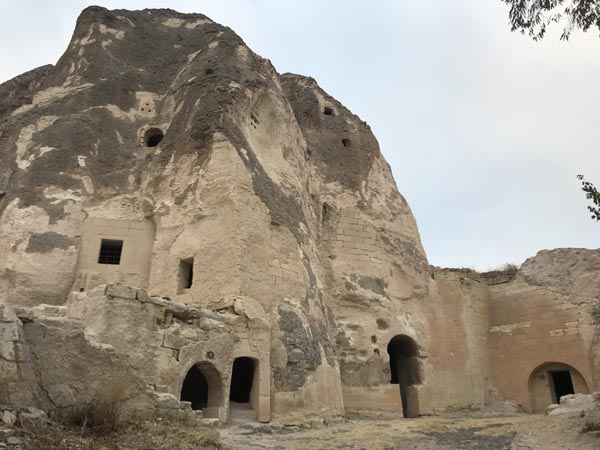 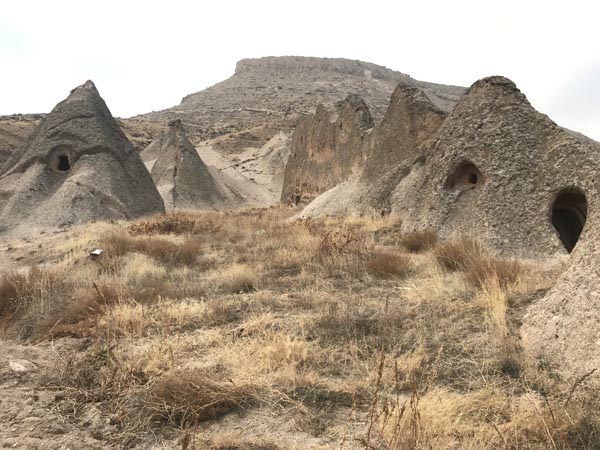 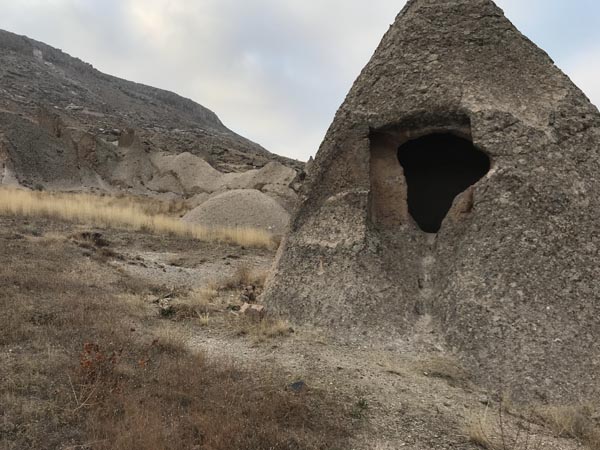 For more information and reservation; 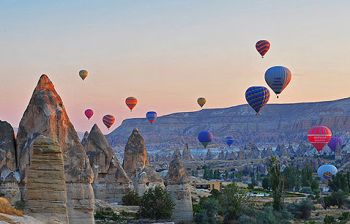